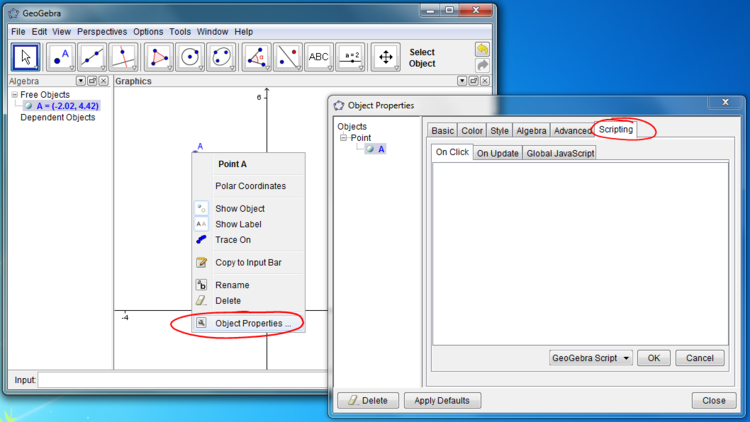 Note: As mentioned above you can not only link functions, but also numbers and basically ever other object, just try it out.

Note: The command Steps=Steps + 1 is only available in scripting. If you enter a command like that in the input bar, you'll get an error circular definition